The “Methane Moment” and Beyond

By Pisces Foundation in Climate & Energy

By: David Beckman and Fanta Kamakaté

At COP26, the Pisces Foundation joined over 20 philanthropies in a first-of-its-kind alliance intended to fund more than $300 million to drastically reduce methane emissions around the world. This commitment comes alongside a pledge by over 100 countries to reduce methane emissions by 30% by 2030 to accelerate and scale the methane mitigation needed to protect our communities.

As a number of our grantees and others have observed, this is the “methane moment.” There is no solution to climate change that doesn’t involve drastic reduction of all pollutants disrupting the climate–including a set of “super pollutants” which, pound for pound, are more potent than carbon dioxide but do not last as long in the atmosphere. Methane is chief among these “super pollutants.” As our grantee, Environmental Defense Fund’s Steven Hamburg, put it in Science Magazine, “[w]hat will happen over the next 20 years is dominated by short-lived pollutants we will release today. We need to use the fast response system, which is the short-lived climate pollutants, while we aggressively go after the long response system, which is CO2.”

When the Pisces Foundation launched in late 2012, we decided to focus our climate efforts on supporting advocates working on the “fast response system”–cutting super pollutants. As a new foundation, it was clear that as critical as carbon dioxide reductions were then–and are today–we could make the most significant contribution by helping philanthropy better distribute its resources to reduce the full range of climate-heating pollutants. Reducing super pollutants has the potential to prevent 0.6°C of warming by 2050, an impact up to 7 times greater than that of reducing CO2 alone in that timeframe. Moreover, cutting super pollutants will also deliver improved air quality and better public health–ultimately preventing an estimated 2.4 million premature deaths each year from air pollution globally.

On methane, our Foundation so far has focused on supporting advocates’ efforts to curb methane emissions from fossil fuel production in North America. According to the International Energy Agency, fossil fuel production is responsible for about a third of all methane emissions from human activities. Thankfully current technologies can reduce more than 70% of emissions from oil and gas production, and 45% of the sector’s emissions can be reduced at no net cost. Our partners have contributed to significant progress. EDF, Clean Air Task Force, and their partners provided impactful technical and policy input to support Canada and Mexico in adopting requirements to fix leaks from oil and gas production, reducing methane emissions from the sector by 40-45% in 2025. WRI and Oxfam have made the case for including super pollutants in countries’ Nationally Determined Contributions to meet the Paris Agreement and highlighted opportunities in agriculture. In China, Energy Foundation China and its partners are identifying the most promising opportunities to reduce methane in line with China’s climate commitments. In the U.S., our partners at the Methane Partners Campaign, Earthworks, Clean Air Task Force, EDF, and GreenLatinos have been hard at work advocating for updated, more effective methane regulations. The draft rules released by EPA earlier this month are a good first step toward achieving the full potential of methane emission reductions possible. 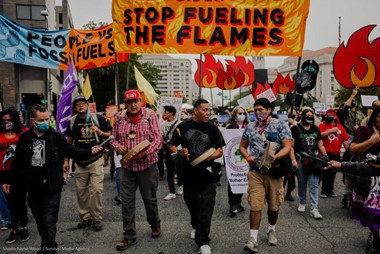 So what’s next? Three next steps are critical. First, efforts to reduce methane must work hand in hand with a just transition away from fossil fuels and the buildout of new fossil fuel infrastructure. Our partners at the Indigenous Environmental Network, Climate Justice Alliance, and Future Coalition are creating powerful frameworks for and are organizing to ensure a just transition centered on knowledge from the most impacted communities.

Second, in order for philanthropy to be most supportive, it must structure grantmaking to minimize blind spots and maximize insight, creativity, and effectively varied approaches. Funding decisions to scale up work to mitigate methane must be informed by the field and movement who have brought us to this moment. Partnership with communities on the frontline of methane pollution and climate impacts all around the world is essential to ensure just and durable solutions to today’s climate crisis.

Third, given the immense potential impact, it is exciting to see more philanthropic resources flowing to super pollutants like methane–but the global scale of the problem and opportunities require even more. New data from our partner ClimateWorks Foundation details a rising but still insufficient philanthropic focus on climate. We have no time to lose. Methane, and super pollutants overall, did not become a problem in the last few years. Scientists and advocates have been pressing for action for decades, as Jennifer Kurz, who played a central role in establishing our Foundation’s climate program, noted in 2015 (her 2013 blog discusses President Obama’s Climate Action Plan, which committed the U.S. to methane reductions). As we scale up, it’s essential that enough super pollutant funding is available to implement the “fast response system” that is incontrovertibly a cornerstone of our collective futures.

All together, these efforts will help to build the world we need–a world where nature and people can thrive together. 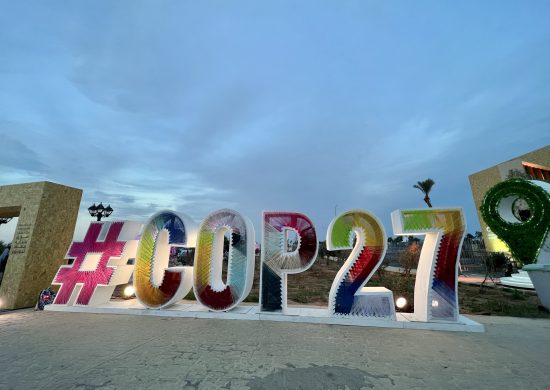