Climate & Energy: Investing in a Safe & Stable Climate for All

By David Beckman in Climate & Energy

Last year, I started blogging more regularly about how our Foundation, as well as the environmental movement, can best make progress to ensure that people and nature can thrive together. My intent is to share more about our Foundation and its programs and, just as important, the perspectives that inform our goals and approaches. My two previous blogs went deeper into two of our three programs, Environmental Education and Water, and now I want to complete the circuit by delving into the strategy and thinking behind our Climate and Energy Program. This also gives me a chance to discuss a key theme that animates our approach and intention across programs—investing in important environmental issues that haven’t received funding attention commensurate with their significance. We want our work to be integrated but additive to existing environmental protection efforts. This goal is an overall North Star for the Pisces Foundation because we think it will yield the biggest impact.

We have tried to take this approach in how we’re helping reduce climate change, one of the most consequential issues of our time. While many funders are in the mix, as my colleagues have pointed out, more are needed given the scale of the challenge.

Nevertheless, when our Trustees and I began exploring priorities, it wasn’t immediately obvious where we could make the biggest difference. We considered different frameworks that might define our work. Adopt an urban lens? Boost clean energy solutions? Two simple but powerful facts brought our current direction into focus: multiple pollutants are driving climate change, and reducing all of them aggressively can deliver the best climate and health dividends. Because the Pisces Foundation could play a needed, unfilled role by bolstering critical reductions of carbon dioxide with deep cuts of the other pollutants driving climate change, we knew we found our lane. 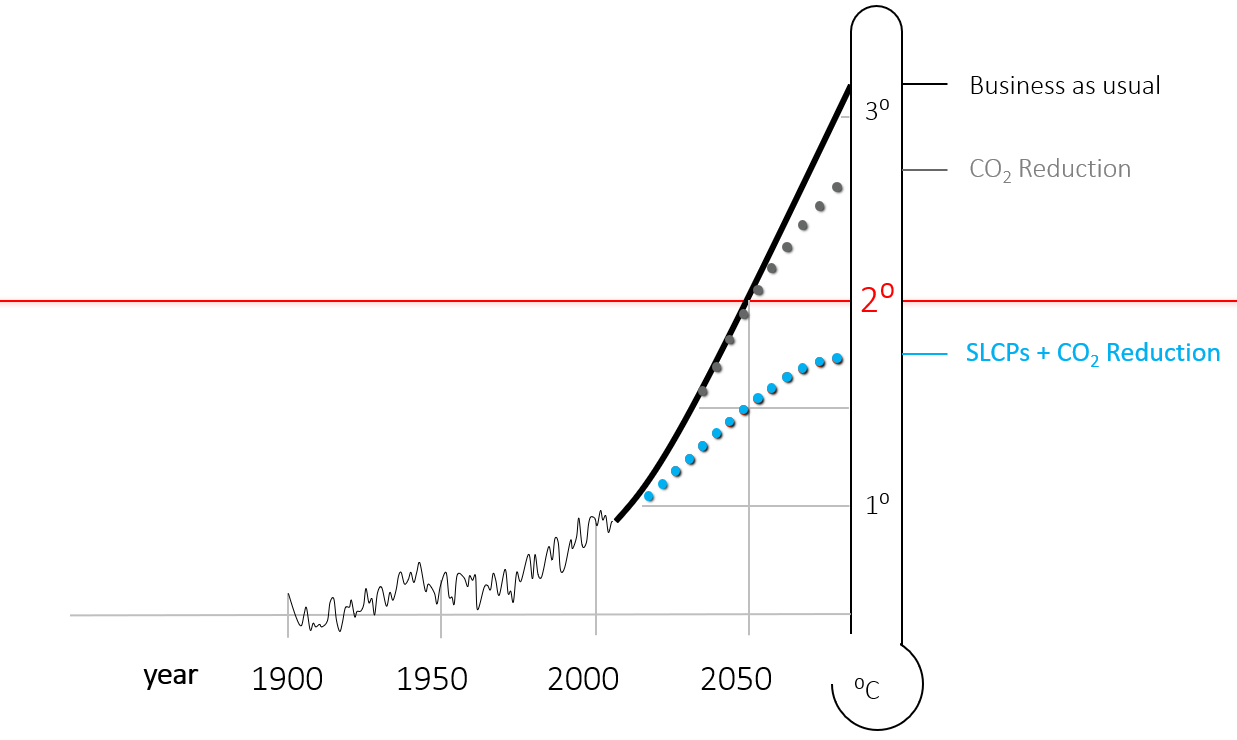 That is why our Climate and Energy Program funds efforts to cut emissions of four important but often overlooked climate “super pollutants”—black carbon, methane, hydrofluorocarbons (HFCs), and ground-level ozone. Each is a powerful contributor to global warming. These super pollutants are collectively known as short-lived climate pollutants (SLCPs) because they have a relatively short lifetime in the atmosphere—a few days to a few decades, compared to carbon dioxide, which lingers for much longer. But “short-lived” goes together with “fast-acting” and “extra-potent”; SLCPs have an outsized warming effect on our near-term climate. Reducing these pollutants now can create an immediate impact on the warming we are already experiencing, boost the overall effort to solve the global climate crisis, and protect the health of people and communities around the world.

We know how we can make meaningful headway in a variety of ways. For example, if we reduce black carbon from vehicle tailpipes through measures like adopting clean fuels, we have the potential to reduce warming while helping to prevent more than two million premature deaths each year from outdoor air pollution. That’s one reason the Pisces Foundation is supporting work on the ground by the International Council on Clean Transportation and others, to shift to clean fuels and put filters on trucks and buses. 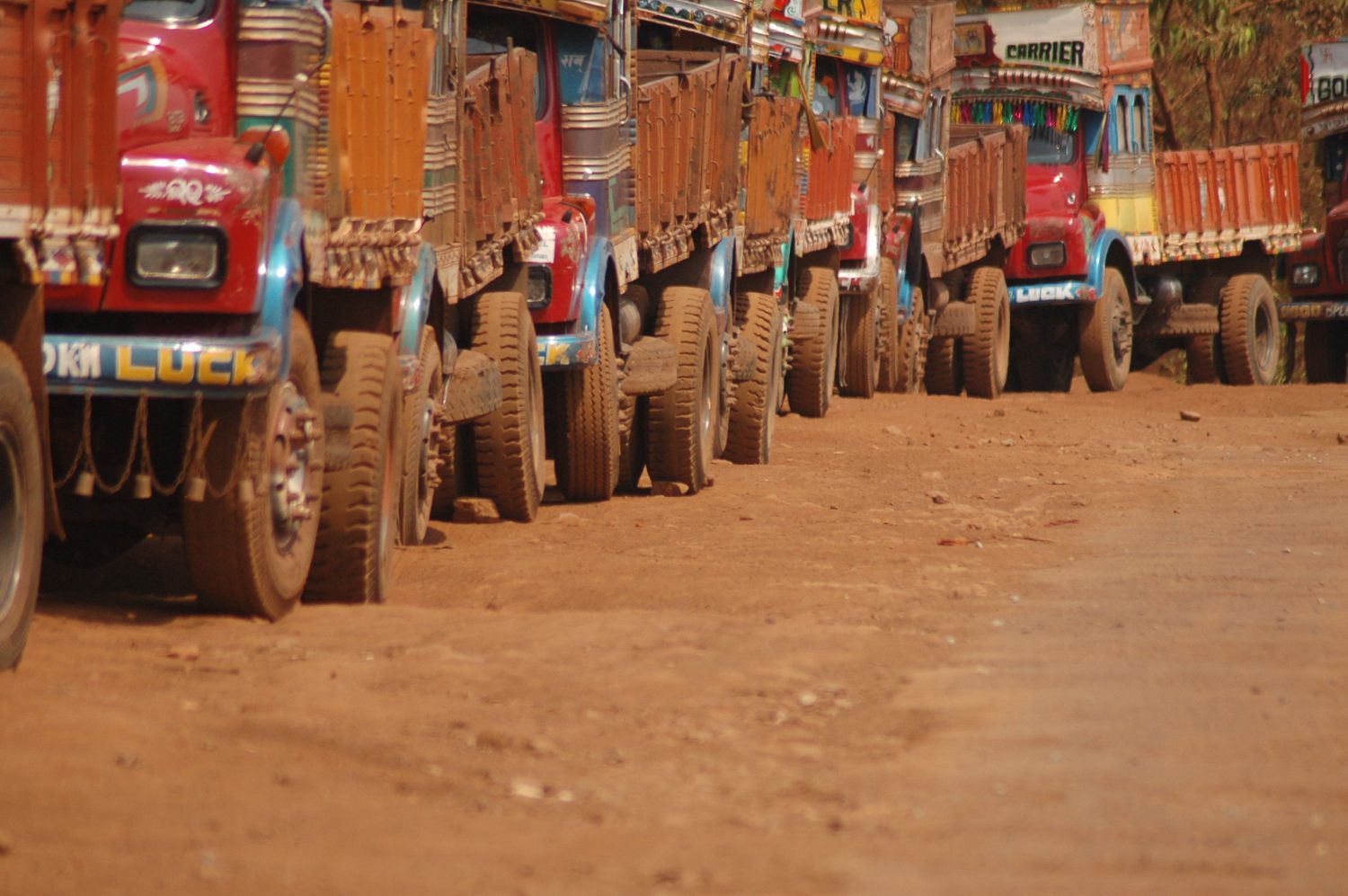 Momentum is also building to implement technologies to reduce methane pollution that leaks from oil and gas infrastructure. Countries, including Canada and Mexico, and many U.S. states are considering or already have protections that not only stop waste of a valuable product, natural gas, but also improve the climate. Some states, like California, continue to push for the reductions of methane emissions, despite the Trump Administration’s attempts to weaken federal efforts. These actions show how important it is to reign in emissions of a pollutant that, pound for pound, is about 84 times more potent than carbon dioxide over a twenty-year period.

Global efforts to cut HFCs found in air-conditioning are also bearing fruit. The amendment to the Montreal Protocol adopted by more than 140 nations in Kigali, Rwanda, in October 2016 will accelerate the phase-out of some of the most potent super climate gases. Pisces’ grantees like the Institute for Governance and Sustainable Development and the Natural Resources Defense Council helped educate the world about the possibility of avoiding up to 0.5 degrees Celsius of warming by the end of the century by phasing down HFCs. Now, the world must follow through and implement the Kigali Amendment with cleaner, more energy-efficient cooling technologies, something that civil society organizations are working to accomplish. 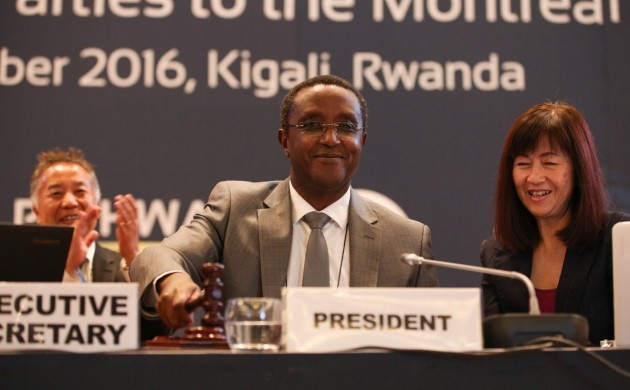 All told, a recent analysis shows that reducing the emissions of super pollutants can slow down the warming expected by as much as 1.2 degrees Celsius by the end of the century. This is not enough to solve our climate crisis. But, added to quicker, sharper reductions in carbon dioxide, and potentially other measures, it’s a big and critical piece of the puzzle.

The faster we start to reduce all of the pollutants driving climate change, the more likely we are to have the safe, stable climate our communities need to stay healthy, vibrant places. We are proud to support our grantees working every day to make this happen.