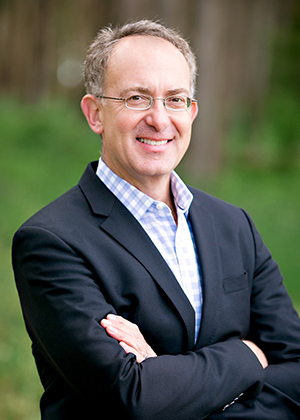 David is president of the Pisces Foundation and its founding staff member. He leads our efforts to support innovators working to ensure a clean and healthy environment. As the Foundation’s first staff member in 2012, David worked with the Foundation’s trustees to frame our goals, programs, principles, and operations, open our offices in San Francisco and Washington, D.C., and launch grantmaking to advance the Foundation’s vision of people and nature thriving together.

David previously directed the national water program at the Natural Resources Defense Council, one of the nation’s largest environmental advocacy organizations. Under his leadership, the water program became one of NRDC’s national strategic priorities and substantially expanded its staff and financial support. Over 17 years at NRDC, David litigated precedent-setting water quality cases in state and federal court, drafted legislation that led to implementation of groundwater monitoring and water quality programs in California, and authored reports on a range of environmental policy issues.

David currently serves as board chair of the Water Foundation. He has received numerous awards for his work, including an “Attorney of the Year” commendation for environmental law from California Lawyer Magazine. For five years, David served as a distinguished visiting scholar at California State University, teaching environmental policy and law.

David is a graduate of the University of California, Berkeley, and Harvard Law School.